I swerve over to her side of the road and pull in front of her, our cars facing each other. She shoots me a quick look and before I’m even out of the car, she’s holding the wrench in her hand, looking like she’s prepared to fight.

It’s late afternoon and still light, but I’m off duty. There’s no cop car and no cop uniform and I’m glad she’s this apprehensive about a stranger stopping to help her.

I smile through the windshield as I stick my hand out the open window, showing her my badge. “I’m a cop,” I shout to her. “You can put the wrench down.”

She stares back at me, her eyes flicking between me, and the badge in my hand. I can tell she still isn’t sure, so I remain in the car, waiting for her.

The woman, who can’t be more than twenty-five, finally nods. She doesn’t put the wrench down, but her stance is less defensive. I pull my hand back in, before slowly climbing out of my truck. Walking casually towards her, I hand her my badge and say, “Chief of Police, Finn O’Loughlin. You need some help with that.”

The woman takes my badge and looks at it before shooting me a curious glance, almost as if she knows me or something. I’m not sure what that’s about, but I continue to meet her stare, smiling at her in a way that I hope conveys I’m not a serial killer, but a genuine police officer.

“I’m Sarah,” she eventually says, not moving as she slips my badge into the back pocket of her jeans.

I raise an eyebrow at her before sticking my hand out. “Nice to meet you, Sarah,” I say.

Sarah finally throws the wrench onto the ground and steps forward, taking my hand in hers. It’s warm and feels tiny wrapped in mine. As I stare back at her, she sucks her lower lip into her mouth, causing my dick to twitch.

“You want me to change it for you?” I ask, nodding towards her flat.

Sarah releases my hand. “Ugh, thank fuck,” she says, her hands on her hips again. “Stupid fucking nuts won’t budge and as much as I like to think of myself as a modern, independent women, I’m basically fucked when it comes to changing a fucking tire.”

I burst out laughing, her expletive ridden rant the last thing I expected to hear come out of her mouth.

“What?” she says, shooting me a dirty look.

“That’s some mouth you got on you,” I say, winking at her.

This earns me a smile now, a subtle jutting out of her hip. “You bet your ass it is,” she says.

I shake my head, laughing again as I crouch down in front of her tire. I pick up the wrench and start to work on it, the nuts requiring a little effort, but finally giving when I yank down on them. I can feel Sarah standing behind me, her shadow casting a shade over the front of the car. She doesn’t say a word the whole time I swap out her tires, not even when I suggest she drive back into Rockport so she can get another spare.

Eventually I stand, wiping my hands on the back of my jeans. Turning, I see Sarah staring back at me, a tiny smile on her face. “What?” I ask.

Her smile gets even bigger. “That’s some ass you got on you, Chief of Police Finn O’Loughlin,” she says, taking a step towards me now.

I burst out laughing again, amazed at this woman, who is totally different to how I initially pegged her. “Get a good look just then, did you?” I ask, loving this flirty banter.

“Uh huh,” she says, taking another step closer. “Although I wouldn’t mind a good feel too.”

I shake my head at her blatant come on, immediately looking around to make sure we’re alone. The road is deserted, the late afternoon on a weekday enough to ensure there won’t be many passersby. Rockport isn’t exactly on the way to anywhere and this isn’t the main road out of town anyway.

“Is that so?” I say, sliding a hand into my hair and gripping it tightly so I don’t reach out and grab her.

“It is,” Sarah says, closing the distance between us as she slides a hand over my ass and squeezes.

“Fuck me,” I breathe out, amazed at the balls on this chick.

“You want to?” she immediately asks, her eyes sparkling with mischief as they look up at me.

And christ do I ever want to fuck her. Aside from the fact that it’s been six weeks since I last got laid, this woman is smoking hot. About a foot shorter than me, she’s all blonde hair, blue eyes, big tits and curves that just scream woman. I mean she’s got a body that’s been made for sex and right now I’m thanking my lucky fucking stars that I’m not on duty and it’s me who happened to stop and offer to help her.

“Oh I’m serious,” she says, pulling a condom from her front pocket.

I grin at her. “So, if we were to hypothetically do this, where exactly would you like it to go down?”

Sarah laughs at my choice of words. “Well you could go down just here,” she says, gesturing to her pussy. “But right now, I think I’d rather you just fuck me on here,” she adds, sliding over and hoisting herself up onto the hood of her car.

I glance around again knowing the chances of someone coming past are pretty slim. Problem is if they do, they will absolutely know it’s me fucking this woman on the side of the road. That’s the problem with living in these small towns, everyone knows everyone. And everyone damn well makes sure they know your business too. It’s what drove Beck so fucking crazy when we were growing up, still does a lot of the time now.

“You got an issue with sex in public places, Chief?” Sarah asks, unbuckling her belt and jeans. “I mean, you’re not gonna arrest me or anything, are you?”

I look over, watch as she shoves her jeans down her long legs and kicks them to the ground. She’s wearing nothing but a tiny pair of black lace panties underneath, and suddenly I’m not thinking about anything other than burying myself inside the pussy that’s beneath them.

“Nope, not at all,” I say, unbuckling my own belt and jeans. “And I’m off duty anyway,” I add, walking towards her as I palm my cock in my hand. I give it two quick tugs even though it’s already hard and when I reach Sarah, she widens her legs so I can step between them.

“Good,” she says, ripping open the condom wrapper with her teeth. “Because I have a feeling this is about to rock my world.”

I grin at her as I reach for the condom. Sarah smacks my hand out of the way and instead, reaches for my dick. The second her hand wraps around me, I groan and as she slides the condom on, I lean in and whisper. “Oh I’ll rock your fucking world, alright,” before pressing a hard kiss to her mouth.

Sarah groans as soon as my lips hit hers, her mouth opening immediately. My tongue darts out, touching hers as her hand, which is still wrapped around my dick, guides me inside her, her panties already pushed to the side.

“Fucking hell,” I say, as I push inside her. “God that feels good.”

“Better than good,” Sarah says, her legs wrapping around my waist and bringing me even closer.

I prop myself on the hood with one hand, while the other slides under her t-shirt, grabbing her breast. I’d love to rip her t-shirt off, but I know we’re in to public a place to risk that. Instead, I push her shirt up, pulling my mouth from hers and latching on to her nipple instead.

“Fuck,” Sarah says, leaning back on the hood to give me better access as I push my now throbbing dick, in and out of her, my mouth sucking and licking as it teases her breast. “Harder,” she moans, the heels of her boots digging into my ass.

I start to move faster, pounding my dick in and out of her as I lift my mouth from her breast and move back to her mouth. I move my fingers to her pussy, sliding them around my cock so they’re covered in her juices before slowly rubbing her clit.

“Oh fuck,” she moans again and I smile against her mouth as I continue thrusting into her and rubbing her clit.

“You gonna come for me?” I murmur, kissing my way across her jaw to her ear.

“Yes,” she screams as I bite down on her ear lobe, her pussy clenching around my cock. I continue to rub at her clit, all the while, thrusting in and out of her, riding out her orgasm and pushing her into another one. “Fuck me, Chief,” she screams. “Fuck me.”

I moan, my hips pounding against her as Sarah collapses onto the hood. I grab her hips now, sliding her towards me as slam into her, over and over again. “Fuck, baby,” I say through clenched teeth. “Fuck, I’m gonna come.”

Sarah’s fingers move to her clit now, rubbing frantically as my balls tighten and I explode inside her, my head falling back as she comes a third time.

Eventually I still, Sarah’s boots still digging into my ass as I fall forward and collapse on top of her. “You okay?” I ask, my heart still pounding.

“Rocked my world,” she murmurs and I can’t help but laugh.

I eventually lift myself off her, holding on to the condom as I pull out. I remove it, tying it off before I throw it into the bushes on the side of the road and redo my jeans.

“Isn’t that called littering, Chief?” Sarah asks, adjusting her panties before hopping off the hood and grabbing her jeans.

She laughs, her hand sliding into her back pocket and holding out my badge to me. “Does that mean you don’t need this back then?”

“Nice try, sweets,” I say, grabbing it. Sarah doesn’t let go, so I pull harder and her body falls against mine. “But if you want my number, you only have to ask.”

Her hands slide around my waist and back to my ass, grabbing it as she stares up at me. “Your number huh?” she says, pressing a soft kiss to my lips.

“Yeah. Maybe we could do this again sometime?”

Sarah winks before giving me another quick kiss, letting go of my ass and jumping in her car. “We definitely should,” she says, blowing me a kiss through the window. “But I already know where to find you.”

And then she drives off and I’m left wondering where the fuck she ever came from. 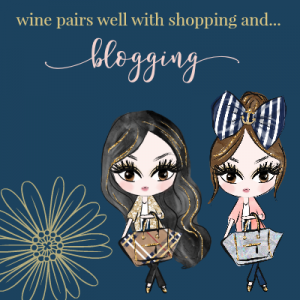 “I wouldn’t ask you to change the world for me

#ICYMI On Wednesday we dropped the titles and blur

PIN-UP PILOT was the ninth book we wrote together

So as promised...the title and blurb of our next b

Less than two weeks!! We can’t even believe that

How’s your weekend been? It’s been raining for

So ARCs of PIN-UP PILOT went out on Sunday. It alw

These two began screaming at us from inside our he